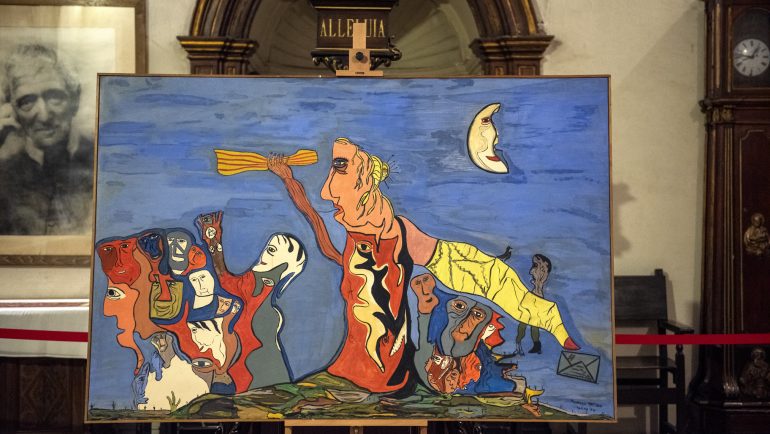 Half a century later, the painting Memory, Freedom, Hope (1977), by the artist Domingo Millán (Alcoy, 1947 – 2016), has been exhibited again in Barcelona, ​​coinciding with the 50th anniversary of the art gallery Taller de Picasso. Sant Felip Neri, with the trail of shrapnel from the bombs. /Photo: Lorenzo Duaso The artwork, which alludes