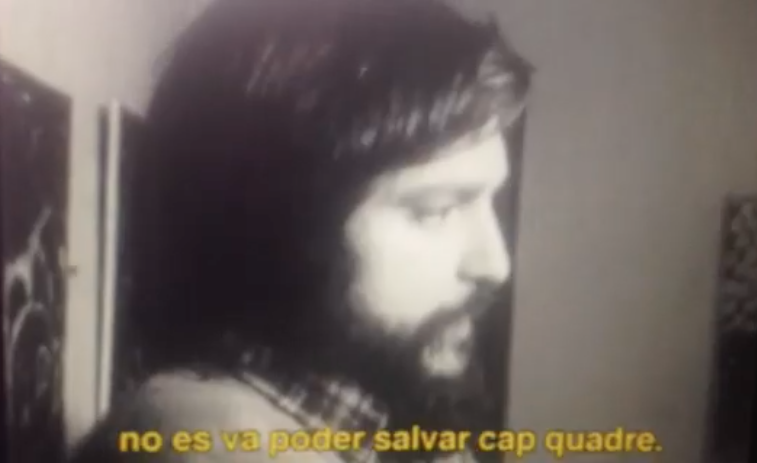 At the end of 1971, Taller de Picasso gallery suffered one of the biggest attacks on a cultural center perpetrated during the last years of the Franco dictatorship in Spain.

That attack, which was followed by another attack, caught the attention of the media all over the world, as well as the community of Spanish exiles, especially in France, Germany and the United States. 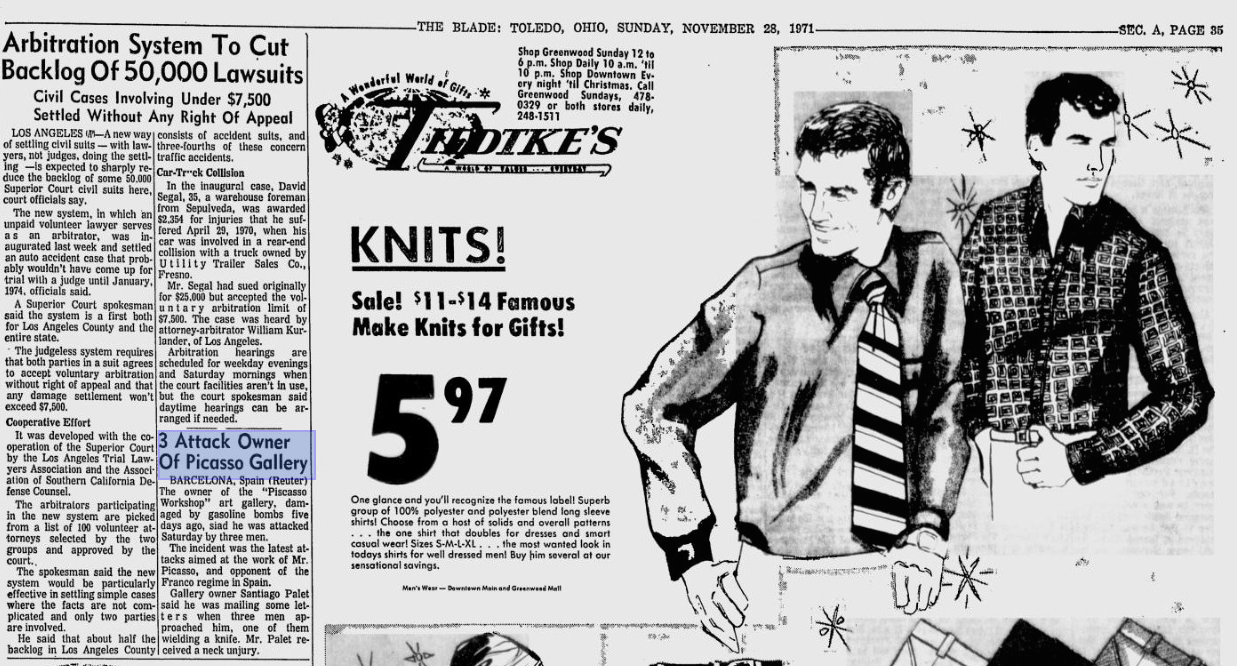 In 1975, Cooperativa de Cinema Alternatiu filmed the film ‘A book is a weapon’, in which Jordi Costa appears giving details of the climate of violence that suffered in the gallery during the so-called “lead years”. 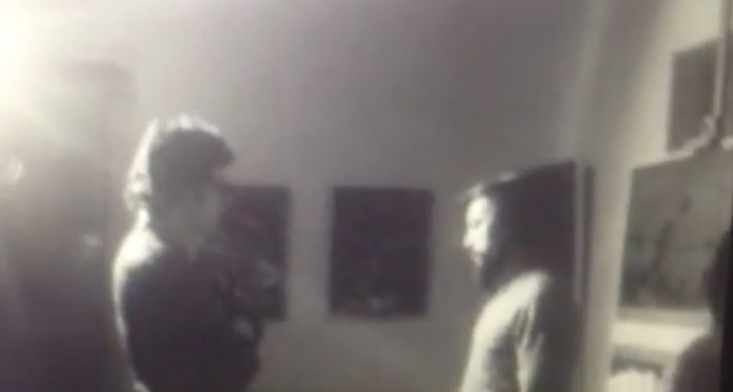 Macba projected this production in 2005 within the cycle The brigades of light. The artistic and political avant-garde in spanish cinema (1967 – 1981).

As a result of Jordi Costa’s relationship with Pablo Picasso, Taller de Picasso gallery promoted the first major tribute to be made in Spain on the occasion of the 90th anniversary of Pablo Picasso. The mayor of Barcelona, ​​José María de Porcioles, inaugurated a commemorative plaque on the facade of the gallery. 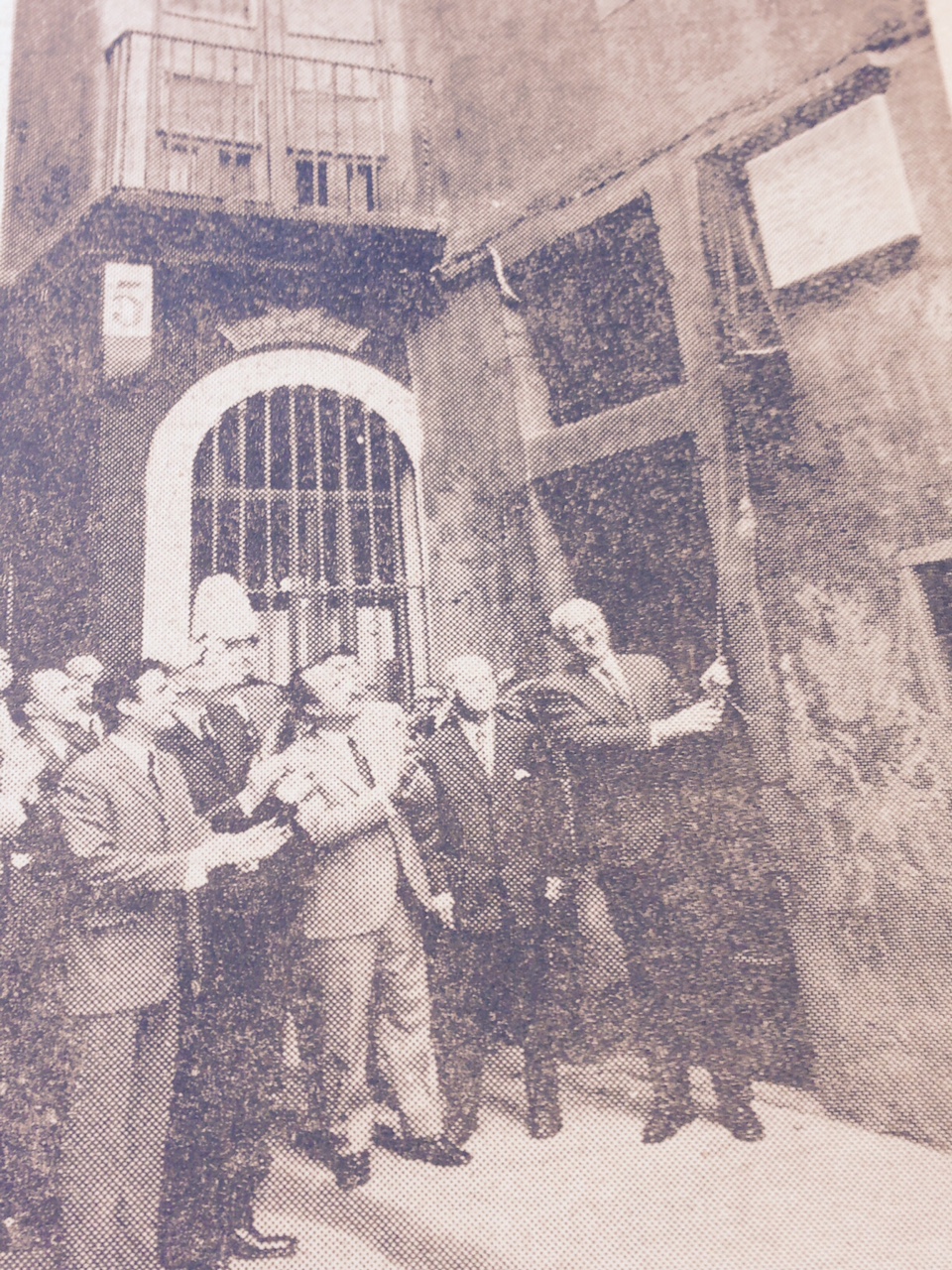 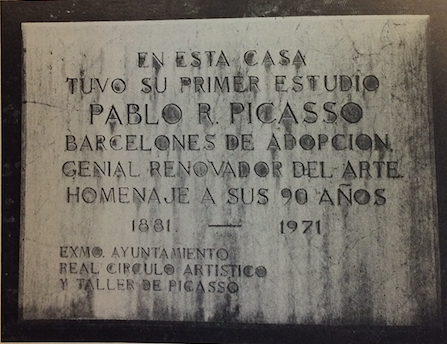 A few days after the act of homage to Picasso, Jordi Costa’s gallery was reduced to ashes by the impact of seven explosive devices. The attack was attributed to fascist groups close to the Franco dictatorship and who saw with ill eyes the figure of Pablo Picasso and his art. 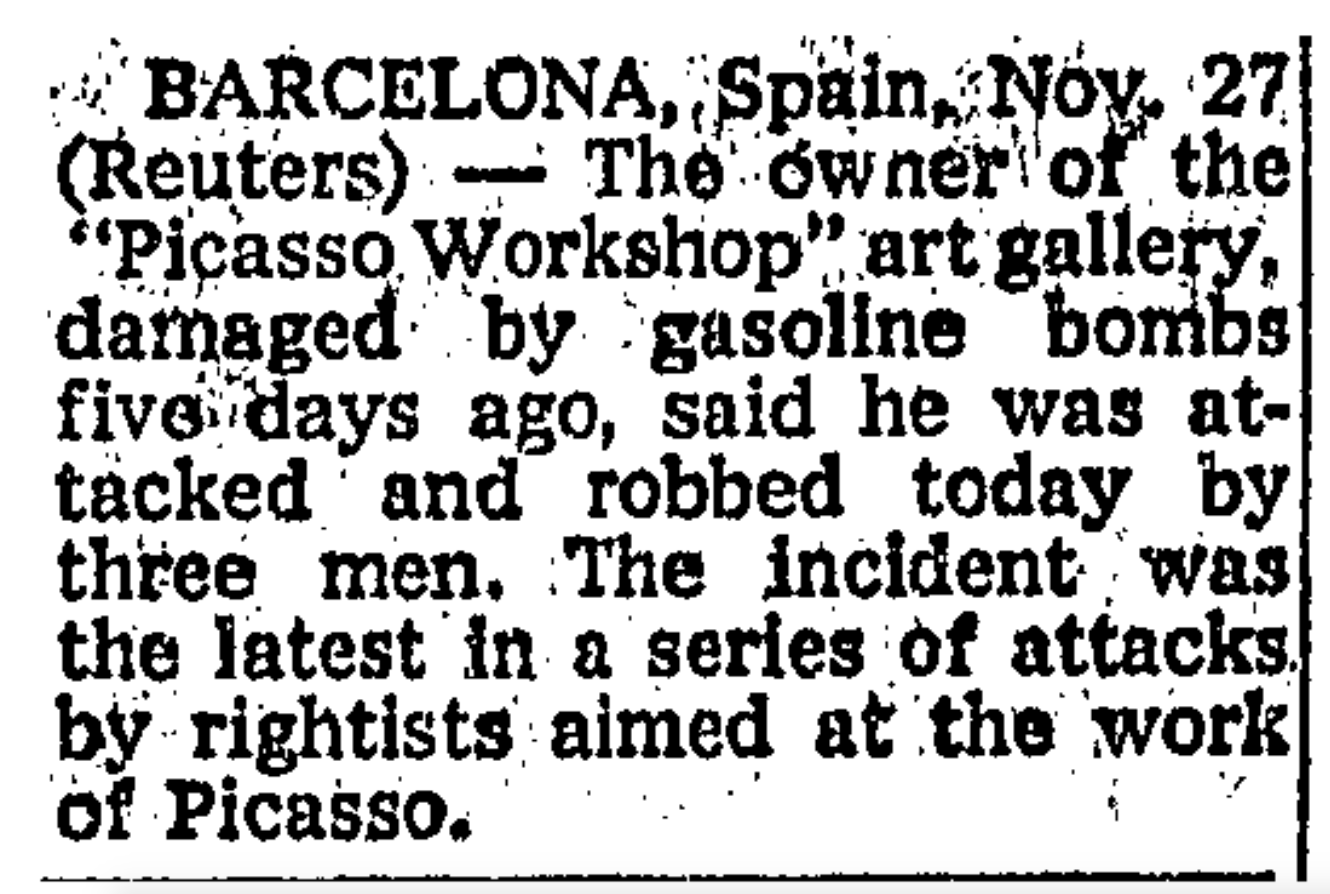